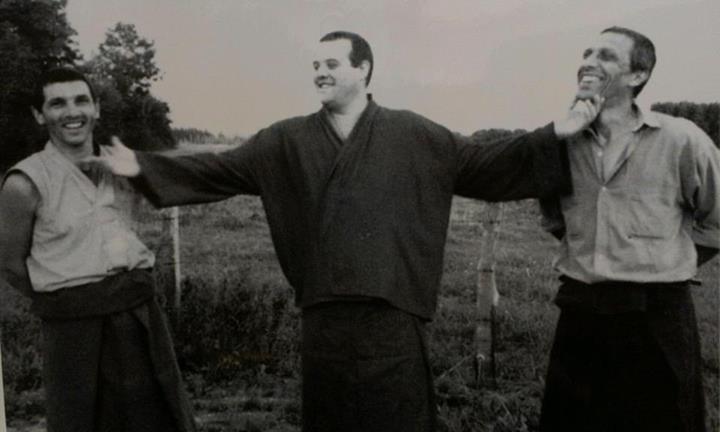 Once upon a time in December 1956, in the outskirts of Paris, at Argenteuil to be precise… 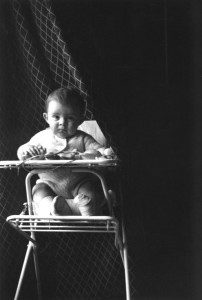 After several hazardous confrontations with the unsatisfactory nature of samsara’s conditioned existence, the desire to find a deep meaning to this human adventure we call life met up with a chance glimpse of a Buddhist monk on the Metro. Milarepa’s biography then made a huge impact on him, followed closely by the thunderbolt – Chogyam Trungpa Rinpoche.

This was enough to take him off on the paths of the unknown in search of the Master. They led him first to Scotland then on to the Dordogne to a place that, in July 1976, was not yet called Dhagpo Kagyu Ling. Gendun Rinpoche was the haven he was seeking and the wandering was over. 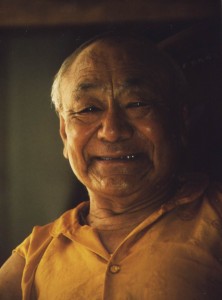 During the following year, accompanied by a handful of residents, he assisted with the preparations for the arrival of the Gyalwa Karmapa (the Sixteenth one!) in what would become his European seat – Dhagpo Kagyu Ling.

“Stay with Gendun Rinpoche, study the life of Milarepa and follow his example. Improve yourself every day.” These were the Buddha Karmapa’s precious words of advice. Just to prove that sometimes life can be simple!

In May 1978 during a six month study cycle on the foundations of Buddhist philosophy and Tibetan language, he requested the monastic ordination from Gendun Rinpoche. Rinpoche granted this, giving him the name Karma Tsony Djungnay (Source of the accumulations of merit and wisdom).

Then came the years spent between dharma study, Tibetan language, working for the centre, developing the Tendrel magazine, travelling with Rinpoche, translating, retreats…

In early 1980 Rinpoche announced to his small group of disciples, some of whom were already in retreat, his intention to transmit the treasures of the Kagyu lineage within the structure of a three year retreat. Their job was to find the structure. The search began.

In 1981 we found ourselves as orphans when the Buddha Karmapa departed. During the funeral ceremonies at Rumtek, Sikkim he was part of a small group representing Dhagpo Kagyu Ling.

Three fruitless years of searching for a suitable retreat centre were instantly forgotten when a place that Rinpoche was going to name “Dhagyu Tekchok Drupday Kundreul Ling” was finally acquired in the Auvergne region of France.

After several months of construction, March 1984 saw the beginning of the first three year retreat followed immediately by a second, with a brief ‘interlude’ of masonry in order to prepare the new site.

As from the end of the second retreat in February 1991 he became responsible for Dhagpo Kagyu Ling’s management and development under Jigme Rinpoche’s guidance. 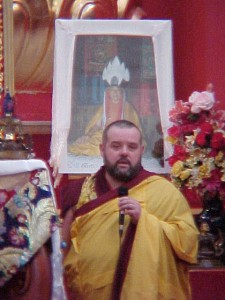 He was often Gendun Rinpoche’s interpreter for public teachings and private interviews. At the same time he participated in the realisation of Gyalwa Karmapa’s wish for the establishment of a Monastic hermitage and Temple. The work for this got under way in the Auvergne region under Gendun Rinpoche’s direction. In 1992 he contributed to the foundation, and the French state’s recognition, of the Karma Tarchine Lundroup congregation. He became its superior in the same year.

At the same time, following Kunzig Shamar Rinpoche’s instructions, he travels throughout Europe creating bridges between different groups of the Kagyupa tradition. 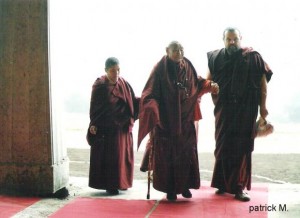 In 1994 Gendun Rinpoche designated different people to ensure the efficient running of Kundreul ling. Rinpoche entrusted him with the direction of the monastic community, giving him the position of Peunpo.

In order to dedicate himself fully to this task he gave up his responsibilities related to Dhagpo Kagyu Ling. Since then he spends his time teaching and organising the Dhagpo Mandala’s various projects. 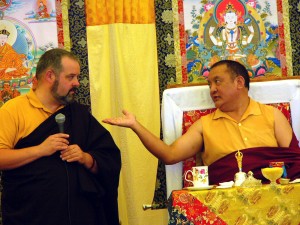 Since 1999 he traveled extensively through the USA, teaching in the Bodhipath centers under the spiritual guidance of Kunzig Shamar Rinpoché.

He shared his time between teachings and the collaboration to the different projects of both Gyalwa Karmapa and Kunzig Shamar Rinpoché.

In 2005 he prepared the transition of his responsibilities at the monastic community to a new team in order to have more time for the growing projects in the USA.

In 2007 he decided to adopt the life style of a lay Dharma teacher and left the monastic community to be fully available for his new responsibilities.

Tsony lives with his wife at the Natural Bridge Bodhi Path center in Virginia where he serves as the resident teacher.