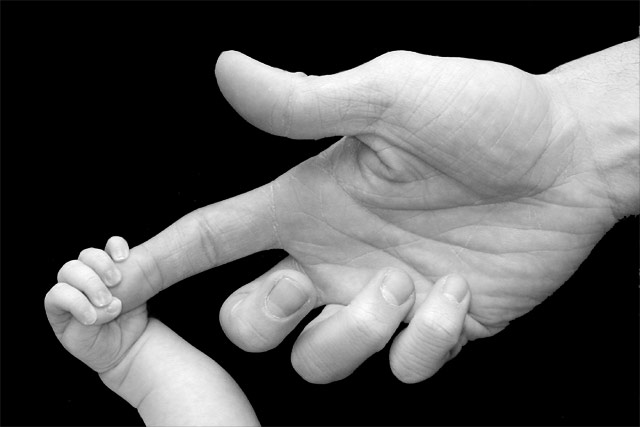 Buddhism speaks about three kinds of practitioners, those with lesser, average, or greater propensities and capabilities. These three types refer to a disciple’s capability to develop and mature spiritually. It’s necessary for individuals with lesser capabilities to learn about the inadequacies of samsara and to understand how it really is in order to renounce it. They need to practice four ordinary preliminary contemplations in order to really know the true nature of samsara and thus to turn their mind. Acknowledged by all traditions of Buddhism and reflected by students at the beginning of every meditation, the four fundamental practices are contemplating one’s precious human birth, contemplating impermanence, contemplating karma, and contemplating the inadequacies of conditioned existence. If they are understood well, disciples know what samsara entails, renounce it, and turn their mind on the Dharma.

The first contemplation is practiced so that one really knows that it’s very hard to attain a precious human body. Dagpo Gampopa explained in “The Jewel Ornament of Liberation” that the cause for attaining the perfect result, which is buddhahood, is the Buddha nature that all living beings have always had since time that is without a beginning, but aren’t aware of, and the basis for attaining the perfect result is a precious human body. Among the six realms of conditioned existence, being born as a human is the best mode of existence because then one can develop one’s spirituality.

A very good human life is characterized as having the eight opportunities and ten acquirements.

The eight opportunities mean not being born in eight unfavourable states of existence, which are hell states, spirits or hungry ghosts, animals, long-living gods, barbarians, having wrong views, born in a time devoid of buddhas, and born as an imbecile.

Now, the next eight limitations are more gross and more established because they result from negativities accumulated in the past. Because they arise as karmic fruitions they are thus more difficult to unfold and purify. So what is needed is a stronger sense of practice as well as a stronger, more genuine commitment.

(1.) Because the five emotional poisons are extremely potent, the individual is mentally disturbed

(2.) Under the influence of corrupting companions

(5.) Due to previous bad deeds, a flood of obstacles now advances.

(6.) The individual comes under others’ control as a slave or servant,

(7.) Enters the Dharma out of non-religious concerns, such as fear of death or being without a regular source of food or clothing, or

(8.) Is insincerely involved in the Dharma for the sake of profit or renown.

(1.) The individual has great desire and attachment for his body, wealth, etc.

(2.) Since his character is extremely coarse, all his acts are mean.

(3.) No matter how much the teacher explains the miseries of the lower realms he is not frightened.

(4.) No matter how much the teacher explains the great blessing of liberation, he has no faith in it.

(5.) He naturally delights in unwholesome action.

(6.) He is as much inclined to practice Dharma, as a dog is to eat grass.

(7.) He violates the “roots”‘ of his Bodhisattva and other vows.”

(8.) He breaks his sacred commitments to his guru and religious companions.

Altogether, these three sets of eight form the twenty-four negativities, or twenty-four situations which become hindrances to the practice of the Dharma. They either deprive us of the opportunity to practice the Dharma or obstruct our progress on the path of the Dharma. As far as the first set (the Eight Unfavorable Conditions of Existence) is concerned, we should rejoice that we are not bound by such severe limitations. As for as the second two sets, there is the possibility that we have some or all of these limitations, or that we will still may still fall prey to them. In any case, whatever obscurations one has should be acknowledged so that one can work on the purification of them. And whatever negativities one does not have, one should still be mindful of them, so as not to get caught up in them later. For this reason, wakeful discipline is a necessary part of the practice.

The ten acquirements, which are precious endowments, mean having been born as a man or woman, having been born in a country where there are Lamas and teachers, having one’s sensory faculties intact, having faith in the Dharma, not having committed an extreme negative action, a Buddha having come into the world, the Dharma being taught, all the teachings being present, and there are beings who compassionately care for one another.