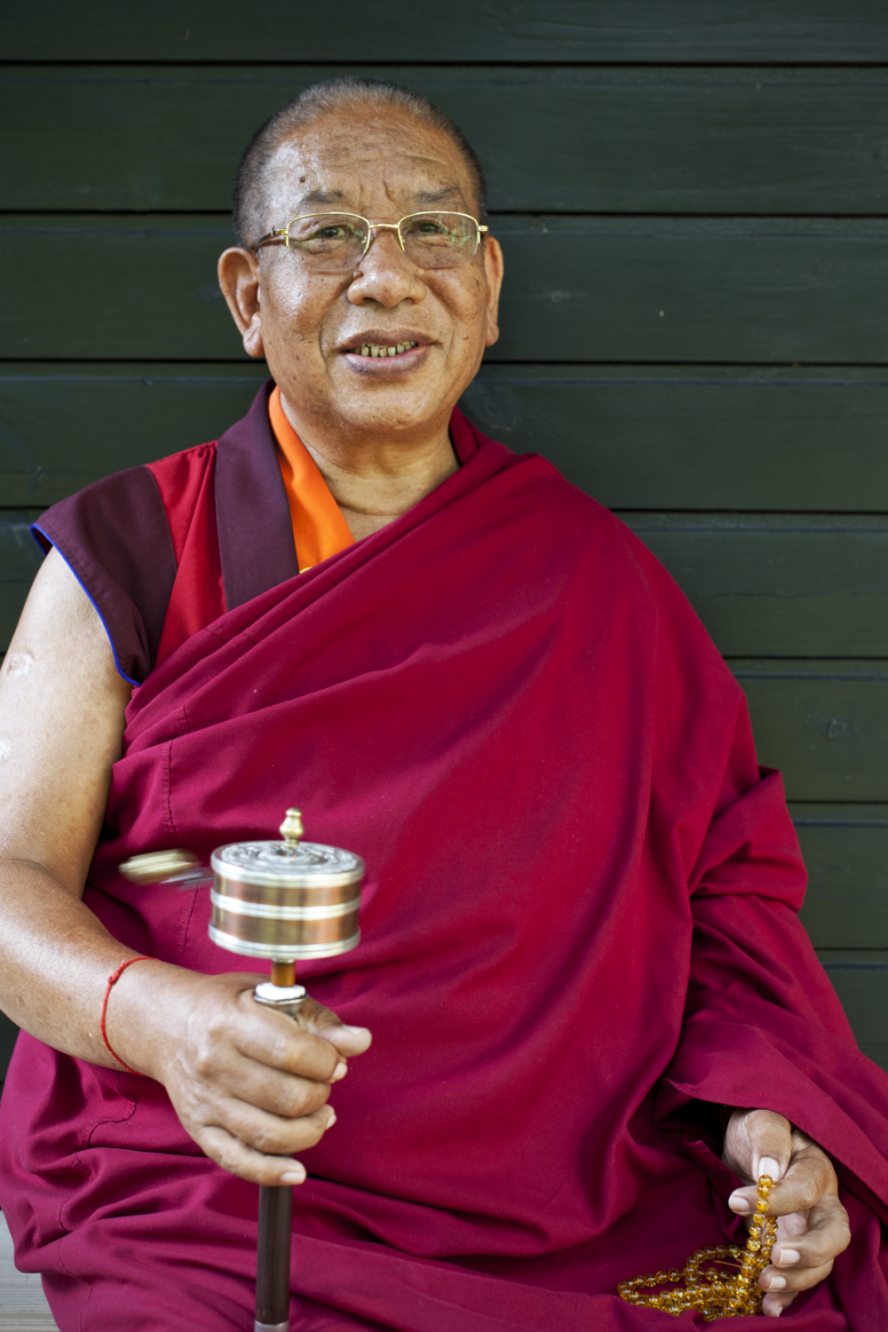 Sherab Gyaltsen Rinpoche offers an introductory Tantric visualization practice of the deity Chenrezi, the Bodhisattva of Compassion. Translated from Tibetan and adapted by Pamela Gayle White.

Sherab Gyaltsen Rinpoche is from the Himalayan region of northern Nepal known as Nyeshang, and belongs to the Kagyü lineage of Tibetan Buddhism. His boundless enthusiasm for the practice of the deity Chenrezi has earned him the title Maniwa: master of Om Mani padme hung, the mantra of Chenrezi.

Pamela Gayle White, a translator, writer, and teacher affiliated with the Bodhi Path network, has been studying with Sherab Gyaltsen Rinpoche since 2000.