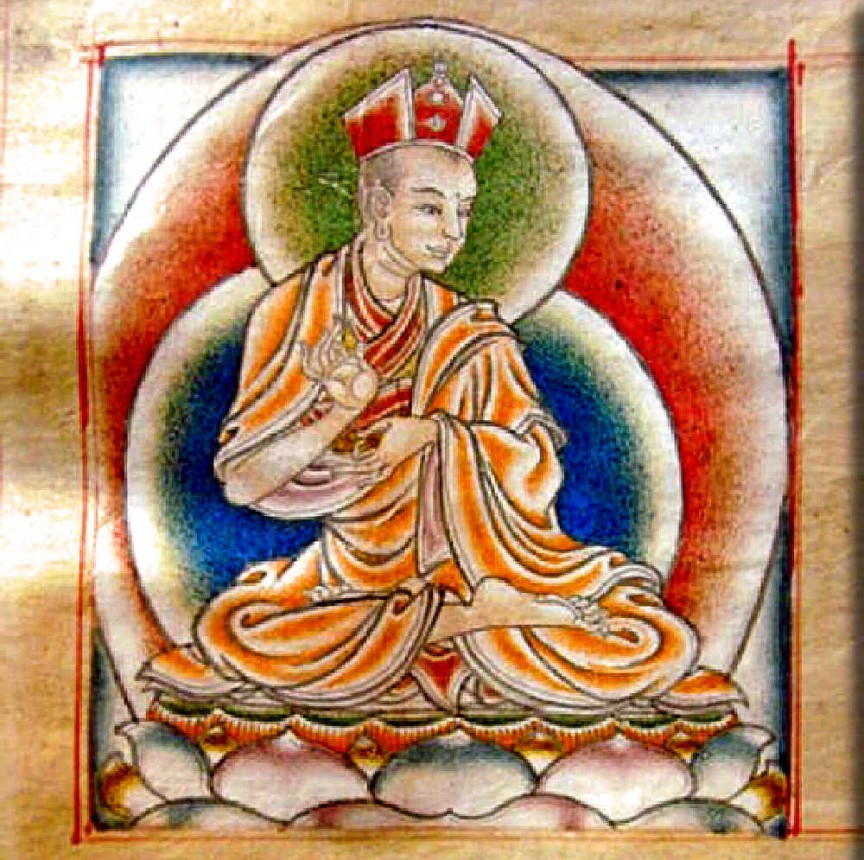 On Friday 30 May Shamar Rinpoche arrived in Manchester to commence his first visit to Kagyu Ling. This auspicious visit of one of the greatest contemporary Buddhist masters came after the visits of His Holiness Karmapa in 2009 and 2012.

Rinpoche was accompanied by his nephew, Tenzing Wangpo, and Trehor Lama, who is in charge of the Karmapa Buddhist Institute in Nice, France. Rinpoche was welcomed to Kagyu Ling by Lama Jampa Thaye and the assembled sangha. Lama Jampa made the traditional offering of the Mandal Tensum.

Shamar Rinpoche began the first day of his teaching programme on Saturday 31 May, teaching Geshe Chekawa’s Seven Points of Mind Training and the commentary by Rinpoche’s illustrious predecessor, fifth Shamarpa, Konchog Yenlak. Rinpoche showed incomparable kindness in giving an extensive explanation of the text and the meditation practices set out therein, illuminating the heart of the lojong (mind training) practice.

The next day saw Rinpoche complete his explanation of the Seven Points, following which the assembled sangha made extensive offerings to Rinpoche.

This playlist contains the precious recordings of those delightful teachings.